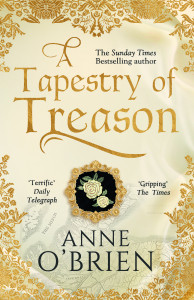 The dramatic but troubled story of Constance of York, Lady Despenser, and her Yorkist family.

With treason, tragedy, heartbreak and betrayal, this is the story of a woman bound by the mores of the medieval Court of King Henry IV, fighting for herself and what she believes to be right in a world of men.