Margaret Paston, matriarch of the Paston family, knows that a favourable match for one of her unruly daughters is the only way to survive the loss of their recently acquired Caister Castle. But as the War of the Roses rages on, dangerous enemies will threaten even her best laid plans.

Margery Paston, her eldest daughter, has always strived to uphold the Paston name and do her mother proud. But when she loses her heart to a man below her station, she must make a terrible choice: will she betray her family and risk everything for a chance at true love?

Anne Haute, first cousin to the Queen, is embroiled in a longstanding betrothal to Sir John Paston, the eldest son and heir to the Paston name. But despite his promises, Anne can’t help but doubt that he will ever keep his word and make her his wife…

In the midst of civil war, each of these women must decide: Head or heart? Love or duty? Reputation— or scandal?

‘One word of a woman would do more than the words of twenty men.’

‘Anne O’Brien gets right inside the heads of her medieval characters!’

JOANNA HICKSON, author of Lady of the Ravens and The Queen’s Lady.

‘A compelling tale of a family caught up in the turmoil of the Wars of the Roses, told with characteristic verve by one of our most accomplished novelists. Be warned: it’s dangerously addictive.’

TRACY BORMAN, author of  Anne Boleyn and Elizabeth I: the mother and daughter who changed history.

‘A magnificently researched book which brings the Paston family and the Wars of the Roses to life in an enthralling story of strong women and advantageous marriages. I was completely hooked!’

‘It is a beautifully researched novel told with understanding, subtlety and a deft touch to draw the reader into a rich and fascinating world and carry them through to a satisfying ending. Time travel at its best.’ 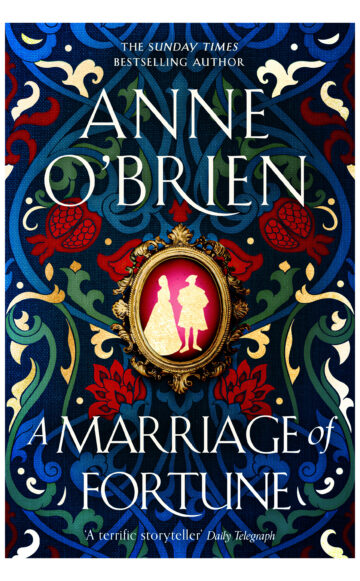 A fortunate marriage will change history.

A scandal could destroy everything…