Available in the UK in hardback and ebook on 22nd August 2019.

Surrounded by power-hungry men, including her aggressively self-centred husband Thomas and ruthless siblings Edward and Richard, Constance places herself at the heart of two treasonous plots against King Henry IV.  Will it be possible for this Plantagenet family to safeguard its own political power by restoring either King Richard II to the throne, or the precarious Mortimer claimant?

‘Brimming with plots, politics, passion and perfidy, this is historical fiction at its best as O’Brien allows the determined, fearless and flawed Constance of York to finally step out of the shadows and into the light.’

‘An engaging novel of political intrigue.’

‘A detailed portrail of a fascinating character.’

Woman’s Weekly Book of the Week

‘Anne O’Brien does not disappoint in another of her ever-growing repertoire of tales in which she expertly entwines fact with fiction.’

‘O’Brien’s page turner brings to life the restriction of women and the compassion and strength of this real-life figure from medieval times.’

‘O’Brien has painted a nuanced and fascinating insight into the life of a forgotten Plantagenet princess.’ 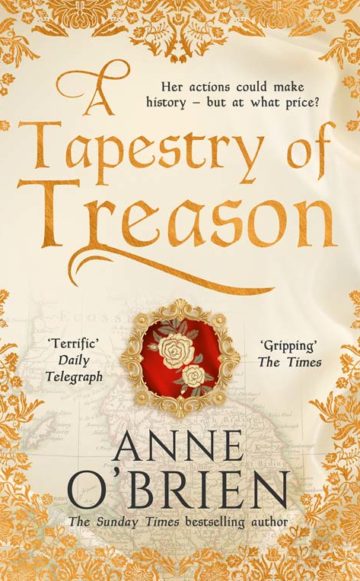