A year of great upheaval in England.

England’s crown is under threat.

King Richard II’s hold on power is undermined when exiled Henry, Duke of Lancaster, returns to reclaim his inheritance and ultimately the throne.

For Elizabeth Mortimer the succession is clouded with doubt.  With King Richard dead in Pontefract Castle, there is only one rightful King by the law of inheritance – her eight-year-old nephew Edmund, Earl of March.

But many, including Elizabeth’s husband, the mercurial Sir Henry Percy known as Hotspur, heir to the Earl of Northumberland, do not want another child-King.

Questioning her loyalty to the new King Henry, Elizabeth places herself in conflict with Hotspur and the powerful Percy family, but to concede to Henry’s claim challenges all her Mortimer principles.

This is one woman’s quest to turn history on its head.

A tale of love and loyalty, of tragedy and betrayal.

Will Elizabeth be prepared to pay the cost of personal and family ambition?

‘Imaginative, rich in detail and immaculately researched, Queen of the North confirms Anne O’Brien as one of our most accomplished and exciting historical novelists.’

‘…vivid and captivating, bringing to life the tangled web of loyalties inherent in medieval politics. A highly enjoyable read.’ 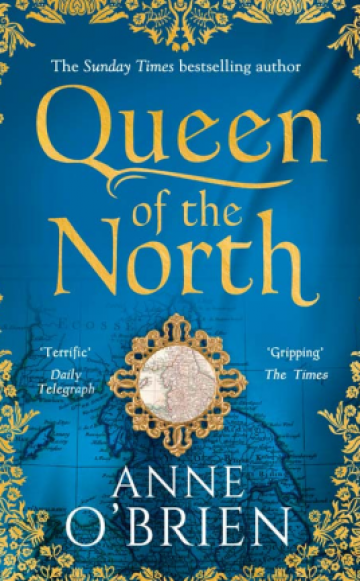 A tale of love and loyalty, of tragedy and betrayal.
Will Elizabeth be prepared to pay the cost of personal and family ambition?