Available in the UK in hardback and ebook on 3rd September 2020.

England, 1459: Cecily Neville, Duchess of York, is embroiled in a struggle to topple the weak-minded King Henry VI from the throne. But when the Yorkists are defeated in the fiasco at the Battle of Ludford Bridge, Cecily’s family flees and abandons her to face, alone with her young children, a marauding Lancastrian army.

Cecily can only watch as their lands are stripped and divided up by the ruthless Queen Marguerite.  Her men-folk are attainted for treason, the Duchess is placed under restraint.  What will the future hold for her?  Cecily begins to spin a web of treason and deceit – one that will eventually lead to the fall of King Henry VI, and to her eldest son being crowned King Edward IV.

This is a story of heartbreak, ambition and treachery, of one woman’s quest to claim the throne for the House of York during the violence and tragedy of the Wars of the Roses.

‘Impeccable research shines through in the depth of detail to pull the reader into the highs and lows of the House of York’s journeys around Fortune’s Wheel.’
Matt Lewis, author of The Survival of the Princes in the Tower

‘A compelling story of divided loyalties and family betrayals. Dramatic and highly evocative.’

‘with a clever format of letters, interspersed with Chronicle newspaper reports, O’Brien manages to reinvent historical fiction by thrusting an untold story into the spotlight. A relatable protagonist, this could easily be a modern-day story of a courageous woman with a strong mind, making good’.

The politicking, intrigue and power play of the 15th century spring to vivid life in the hands of a historian whose immaculate research, depth of knowledge and imaginative prowess have made her one of our best and favourite historical novelists.

…a clear-sighted path through the complexities of the Wars of the Roses, shown through the lens of family loyalty … with shining personalities. 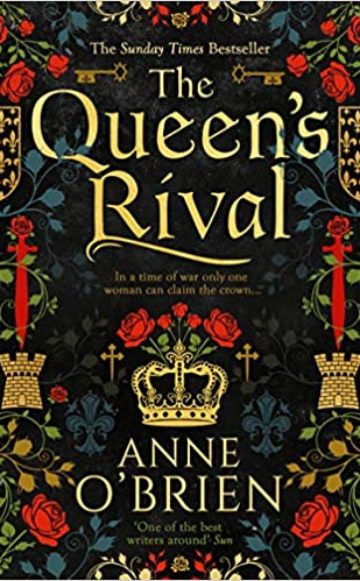 One family united by blood. Torn apart by war…