Available in the UK in hardback and ebook on 16 September 2021.

The Pastons, a Norfolk family rising from obscurity to the very heart of Court politics and intrigue during the Wars of the Roses.

England, 1444. Three women who came from nowhere to challenge the course of history…

King Henry VI’s grip on the crown hangs by a thread as the Wars of the Roses begin to tear England apart. Families must choose between York or Lancaster. And from the ashes of war, the House of Paston begins its rise to power.

Led by three visionary women, the Pastons are a family from humble peasant beginnings who rely upon cunning, raw ambition, and good fortune in order to survive.

Their ability to plot and scheme sees them overcome imprisonment, violence and betrayal, to eventually secure for their family a castle and a place at the heart of the Yorkist Court. But success breeds jealousy and brings them dangerous enemies…

An inspirational story of courage and resilience, The Royal Game charts the rise of three remarkable women.

‘A wonderfully immersive and intriguing read, meticulously researched.  I was completely captivated.’

‘an enthralling and authentic story, based on real people and filled with the kind of rich and exciting drama that transforms history into a living, breathing canvas.’

‘An engrossing story of one family’s attempts to gain land and power in fifteenth century England. Based on family letters and told from the point of view of three of its women, this book was an eye-opening insight into how wealth was gained and lost in late medieval England as well as a pleasure to read.’

‘Fast paced, immersive historical fiction that breathes life into the figures that populated our Medieval past – I thoroughly enjoyed it!’

Anita Frank author of The Lost Ones

‘O’Brien  immerses us in this extraordinary family’s quest for social aggrandisement … well written and vivid.’ 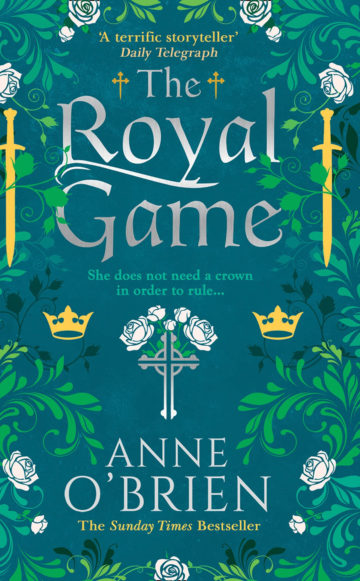 England, 1444. Three women who came from nowhere to challenge the course of history…