An Invitation to Spend a Royal Christmas and New Year with the Lancasters!

Here is William Bruges, Chester Herald, at your door, sent by the King.  His tabard glows with the royal coat-of-arms and heavy gilding.  You are summoned to hear what he has to say by a blast from his trumpet.  Don’t pretend that you have not heard him because he is a royal official and well used to being obeyed.  Offer him a cup of wine.  He has travelled a long way, and still has far to go to invite other important guests to celebrate the Birth of the Christ Child. 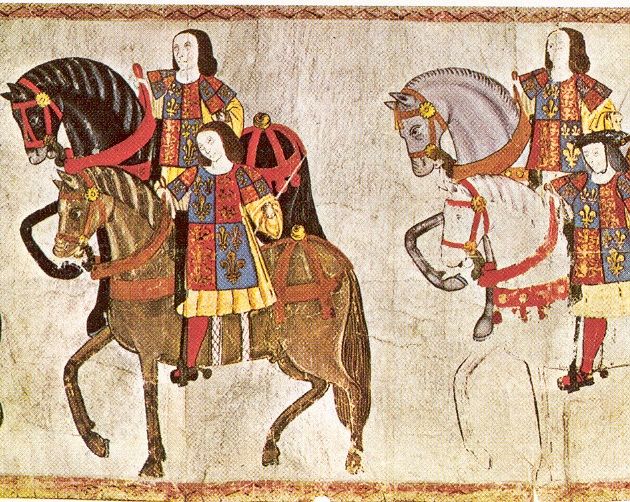 This is an invitation from King Henry IV and Queen Joanna, for you to spend the Christmas celebrations with them, their family and friends at Eltham Palace, Henry’s favourite home.  Put aside the politics, the weapons, the warfare, the marriages and the family squabbles and indulge yourself with the Lancasters.

Come early.  You will be expected to help decorate the rooms with ivy, mistletoe, holly and all things green, which will remain in place until the eve of Candlemas in February (much gathering of medieval dust).  The Yule Log will need to be dragged into the Great Hall.  There will be hunting to provide venison and game birds for the feasts.  There will be fishing too in the carp ponds or the moat.

Flex your knees for much kneeling as you join Joanna and Henry to celebrate three Masses on Christmas Day.  The Angel’s Mass at midnight on Christmas Eve.  The Shepherd’s Mass at dawn on Christmas Day.  The Mass of the Divine Word later in the day.  You will be expected to participate, for the King and Queen are both strong in their religious observances (but, then, so are you and the Birth of the Christ Child is a very special occasion). 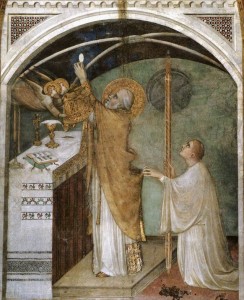 Then sit back on your cushioned stool and enjoy the merrymaking and festivity, lasting until Twelfth Night on the 6th January, when traditionally the three Wise Men made their way to the Christ Child.  You will need stamina for this party.

Loosen your girdle or sword-belt for the sumptuous feasting with many and varied courses, the traditional Boar’s Head being carried into the Great Hall to the blast of horns, shawns and hackbuts.  Savour the rich dish of Vyaund Ryalle, a mixture of wine and honey and spices and rice.  Drink red wine and much small beer.  Admire the skills of the cooks who provide the ‘subtleties’ at the end of each course, made from gilded sugar or almond paste.  Perhaps this year they will make a crowned leopard, with flames issuing from its mouth.  Or perhaps it will simply be a stuffed peacock, its tail spread so that it looks very lifelike.  (Watch the dogs and cats.  They are hungry too, and with no manners at all.) 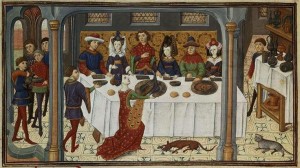 Minstrels and mummers will entertain you with masked ‘disguisings’.  They will be very good.  Henry employs his own minstrels rather than relying on the travelling fraternity and he pays them generously.  Listen to Henry and Joanna who are both skilled with lute and harp.  Are you good at charades?  Can you sing?  Join in! 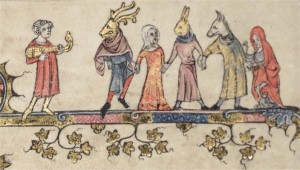 Don’t expect to be a wallflower.  Singing and dancing is the order of the day.  Trip the measures in the carole dances where the leading dancer sings a verse of the carol while the rest of you reply with the chorus.  And don’t blush!  Even though the words can be lewd and rude and the games rowdy.  It’s all great fun.

For a quieter moment, sit and challenge a friend to a game of chess or a counter-game such as Nine Men’s Morris or Fox and Geese.  Care to gamble on the outcome?  Willing to challenge the King?  Henry enjoys gambling and has his own pair of dice always to hand.  But watch your partner’s feet.  Some guests can always be guaranteed to take liberties. 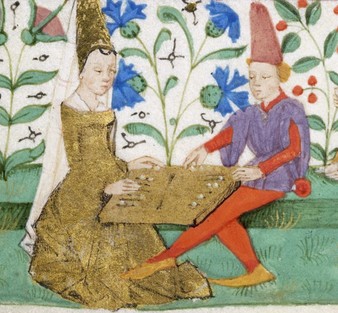 For those of you who anticipate clement weather, put on your hunting gear, saddle your horse, and ride out with Henry’s hawks and hounds. The hunting at Eltham is good and Henry is a keen hawker.  He feeds his favourite hawks on the delicacy of fine chicken. 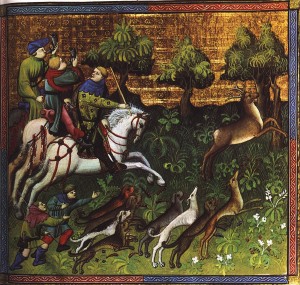 If it is frosty, how talented are you at ice skating?  Strap on your bone skates and head for the frozen moat to show off your skills in loops and turns, with a cup of spiced hippocras to thaw you out afterwards.  If you cannot skate there is always a snowball fight to take part in, which needs no skill at all.

King Henry loves tournaments, particularly at Twelfth Night.  Don’t worry.  All is in good humour and nothing a outrance where physical damage can occur, but still take care.  Accidents, and fatal ones, have been known to happen even though the lances are blunt.  Are you good at jousting?  How is your sword play and skill with a bow and arrow?  But be warned.  You will also be expected to dress up in the most extravagant clothes of vividly embroidered velvet and damask, with angel masks and long cloaks and peacock feathers.  If you haven’t packed the right wardrobe, not to worry.  Henry will provide the costumes – but don’t damage them.  They will be needed to be used again next year. 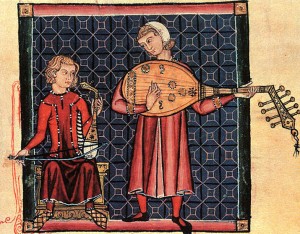 This is the time of the Lord of Misrule when all social and moral good manners are relaxed and the world turned upside down.  Are you thick-skinned?  Can you put up with a little malice and mischief?  Do you really mind if the servants make a fool of you?  Don’t be shocked if one of the royal cooks becomes the Lord of the proceedings.  But remember to obey all his commands.  Enjoy a flirtation and an exchange of kisses with whoever you fancy.  Anything goes under the lax hand of the Lord of Misrule.

Twelfth Night is the time of gift-giving.  Henry is very generous with gifts of jewels, brooches, livery collars and lengths of white silk damask for his family and close friends.  Give what you can, however meagre, even though Henry might give you an expensive rosary decorated with gold and coral beads.  Henry would perhaps like a hanap in return (a gold and enamelled cup with a lid)  but a small barrel of ale or good red wine will with do very well.

Christmas with the Lancasters?

Do come.  It is an honour to be invited.

I’ll see you there.