The most despicable crime to be laid at Alice Perrer’s door. Can she ever be forgiven for so vile an act?

By far the most despicable of Alice Perrer’s many crimes, and certainly the most potentially dramatic for a writer of historical fiction, was her stripping of the rings from the dead body of her royal lover King Edward III.  Alice had been his mistress for 13 years, openly recognised as the king’s concubine for eight of them since Queen Philippa’s death in 1369.  Edward had given Alice rank and power and wealth, promoting her as Lady of the Sun, but in the end she betrayed him with this monstrous act of theft.

Is there any evidence for so vile an action by Alice?  And if so, how could she ever be forgiven.  Could a novelist ever justify what Alice did?

This portraint of Edward in full vigour – not contemporary but still impressive – shows him as he might have been when he and Alice first met in about 1363.  He was 52 and Alice problably not quite 20.

The events surrounding Edward’s death are on record, and not complimentary to Alice.  Growing steadily weaker, fortified on broth and bread dipped in goat’s milk, he finally took to his bed at the palace of Sheen in June 1377.  Alice, reinstated and returned from the exile imposed on her by parliament, remained by his side to the end, encouraging the dying king to talk of his favourite pastimes of hunting and hawking, diverting his attention, it was said, from his need to confess his sins.  His greatest sin was, of course, considered to be ‘his inordinate lust of the flesh’ for Alice herself.  Thus Alice, malicious and self-interested to the last, stood between Edward and his reconciliation with God.  In horror and disgust at Alice’s irreverence, all Edward’s attendants fled the chamber so that the King died with only Alice at his bedside at 7.00 pm on 21st June, 1377. 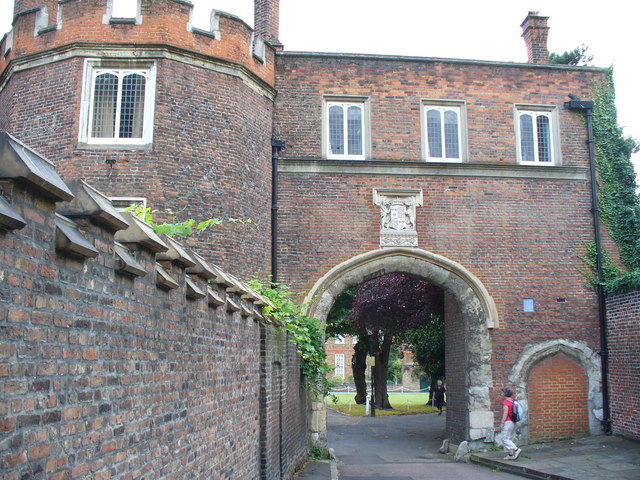 The Palace of Sheen at Richmond that Alice and Edward would have known no longer exists.  It was replaced by a Tudor construction, but even this is no more.  This splendid fragment of a gateway is all that remains as an echo of the past.

If Alice was the only one present at the King’s deathbed, Edward dying without any witness but Alice, how do we know that Alice took the rings from Edward’s body?  We do not – but as in all the best history, there are conflicting accounts of Edward’s death.

Another version, equally dramatic, tells that an unnamed but brave priest burst into the royal chamber to warn Edward that he was fast approaching death and that he must repent and make his peace with God.  Edward took heed of the warning, ordered Alice out of his presence, and was duly shriven.  Whether this version is true of not, it certainly helped to restore the King’s reputation for piety at the end, for by banishing Alice, he repudiated his hated mistress, put himself right in the eyes of his people, and was able to die in God’s grace.  But if this version is true, it undermines the evidence for Alice’s most heinous behaviour. 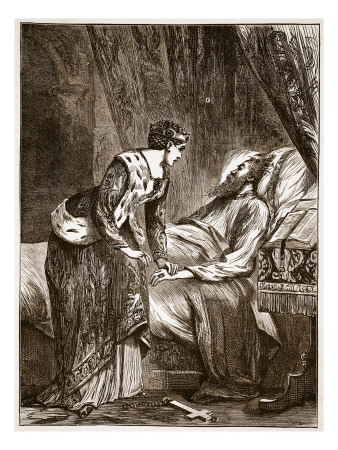 As in this striking scene of Alice at her worst, at the moment when she saw that Edward had ceased to breathe, she stopped only long enough to wrest the rings from his fingers before fleeing to the safety of her manor at Pallenswick.  Thus Alice desecrating the dead to snatch a final handful of tawdry jewels.  The symbolism here is very strong.  The crucifix is cast aside, abandoned on the floor.  Alice looks furtive and, even in death, Edward’s face is turned from her.

But if Alice was ordered from the King’s side, leaving the King with the priest, could this have happened?  This judgement on Alice was written by Thomas Walsingham, the monk from St Albans, always Alice’s most bitter critic.

As for the rings themselves …

If Alice did take them – which I think she probably did – were they taken by force or willingly offered by Edward?  Were they of sentimental value to her, a keepsake to mark the last moment of her life with Edward?  Or was Alice merely the avaricious mistress of historical legend?  We will never know, but we so rarely give her the benefit of the doubt.  There is no evidence to prove either case but in The King’s Concubine I chose to give Alice the final comment, and to invite the brave priest, William de Wykeham, Bishop of Winchester, to sit in judgement on her.  There is no evidence again that Wykeham was the priest who forced his way to Edward’s side, but we know that the two men were reconciled shortly before Edward’s death, due to Alice’s intervention.

Interestingly we know nothing about these rings that were stolen and it is unlikely that they were part of the royal regalia, such as the sacred coronation ring or even a Plantagenet heirloom.  When Alice’s property was confiscated by Parliament after Edward’s death, the lists of her possessions were meticulously made, and the royal rings were not mentioned.  An item so particular to the Plantagenets or the Crown would certainly have been on the list.  The coronation of Richard II went ahead with no problem over or mention of missing royal regalia.

Edward was buried in Westminter Abbey on July 5th 1377 next to his beloved Philippa as he had requested.  The effigy on his tomb was modelled from his deathmask which shows the effects of the stroke he suffered, distorting one side of his face and mouth.  It is still a vital and impressive image of a great king. 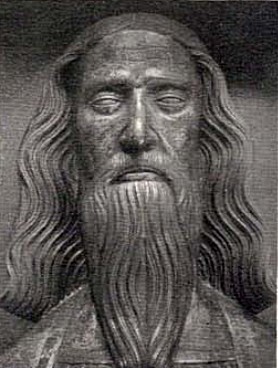 Alice was not admitted to the Abbey for the funeral rites.  With or without the rings, her days of power were at an end.

One response to ““Alice Perrers and the Desecration of the Dead””