The piety of Cecily Neville was much praised during her lifetime, particularly in her later years.  Her pride was also widely acknowledged.  Proud Cis has become a recognisable epithet.  Yet scandal raised its ugly head.  When her husband was commanding the English forces in France and Cecily was based in Rouen, Cecily is said to have had an affair with a common archer, from her husband’s company, called Blaybourne.  The result of this affair was the birth of an illegitimate son Edward, claimed to be the legitimate son of Richard Duke of York, and later to become King Edward IV.

This is the proof offered for such a scandal.

– Given his date of birth, the child Edward must have been conceived between mid July and late August in 1441 when the Duke of York was known to be campaigning and so absent from Rouen.  Logistically he could not be the father of Edward.

– Edward was baptised quickly and quietly, most probably in the chapel in Rouen Castle.  This was in comparison with their second son Edmund who was given a very public baptism in Rouen cathedral.  Was this an attempt not to draw attention to the birth of Edward?  There was never any question of Edmund’s legitimacy.

– Edward looked nothing like his father the Duke of York who is said to have been fairly slight of stature and dark haired.  Edward was well over six feet in height with fair hair.

– Mancini, writing in 1483 when Richard III took the throne, put forward the argument that Cecily, in a fit of fury at the marriage of her son King Edward with Elizabeth Woodville, had claimed openly that her son Edward was not the son of Richard of York and should not therefore be King since illegitimacy would bar him from the throne.  It is claimed that Cecily wished her son George of Clarence to become King instead. 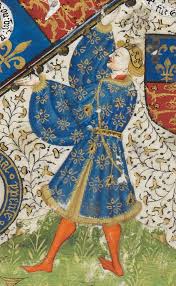 Like all politically motivated scandals, it is very plausible.  Was the proud and pious Cecily guilty of adultery?  The following casts doubt on the scandal.

– Richard of York, on campaign, was rarely more than a day’s journey from Cecily in Rouen.  Did he ever return to visit her, mid-campaign?  It was never recorded, but then did it need to be?

– Was Edward of Rouen a full term pregnancy?  There is no evidence whether it was or was not.  It the child was born prematurely, or indeed late, it may be that Cecily and Richard had been reunited to aid the conception.

– There were no doubts raised of Edward’s legitimacy immediately after his birth.  York never doubted that the boy was legitimate, and was immediately planning a marriage for him to Madeleine, daughter of the King of France.  No suggestion of scandal here.

– A fast baptism without the panoply of Edmund’s?  If the child was premature, there were possibly fears for his health.  Cecily’s previous son Henry had  died as a babe in arms.  With this in mind it may have been thought politic to name the child quickly.  There was no such urgency  with  Edmund.

– Edward may not have looked like his father, but there was certainly a resemblance to King Edward III, his great grandfather who was tall and fair.

– Would Cecily have attacked her own virtue, and the honour of her husband in this public manner?  If she wished to hurt her son, would she be so crass in using this weapon which would weaken the whole new edifice of the royal House of York?  She certainly objected to the marriage to Elizabeth Woodville on the grounds that she was a widow and it was a wasted opportunity to make a valuable alliance with a European country.  There is no evidence that Cecily preferred George of Clarence as King.

Whatever the truth of it, this scandalous rumour became a highly useful political weapon in the hands of the Earl of Warwick.  His plan was ultimately to disinherit Edward and replace him with his brother George of Clarence, now wed to Warwick’s daughter Isabel.  The rumour was also used again at a later date to disinherit the two young sons of Edward IV when Richard III took the throne.  It really was an extremely valuable piece of scandal, whatever the truth of it. 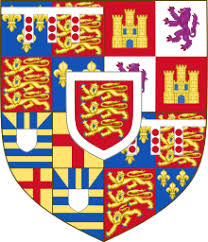 Ultimately, what do I think?  Cecily would have been a young woman, abandoned in Rouen while her husband went off campaigning.  Was she lonely?  Did Blaybourne catch her wayward eye?  Who is to say?

But I really don’t see the proud and pious Cecily Neville being guilty, nor do I envisage her proclaiming publically her scandalous affair, to the damage of her own character and the stability of the House of York.  I am quite content to allow Cecily to keep her gilded reputation.

One response to “Scandal Hits the House of York!”