… the final days of a determined and ambitious woman.

After a life which was nothing if not adventurous, Joan, the Fair Maid of Kent, died on 7/8th or perhaps 14th August 1385, (Oxford dnb) probably at Wallingford Castle where she had made her will seven days previously.  Since her date of birth is not quite certain but probably in 1328, she would have been 58 years old. 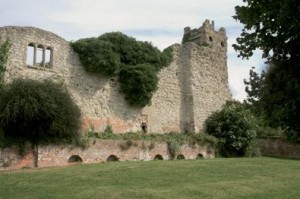 Sadly, all that remains of Wallingford Castle where Joan spent her final years.

Chroniclers recorded that in her last years Joan was in ill-health, such that she grew so obese so that it was difficult for her to stand and walk.  Was this true?  Chroniclers were not always noted for their honesty when they had an axe to grind, and Joan’s early scandals did not always win her friends.  Moreover Joan’s state of health did not stop her travelling between Wallingford, her favoured home in these last  years, and Richard II’s court at Windsor or Westminster, where she made every attempt to keep the peace between John of Gaunt, Duke of Lancaster, and her son Richard.   And with some superficial success.  For Joan it was important that Richard receive good counsel so that to keep a level of amity between Richard and Lancaster was essential.  Ill-health would not be allowed to stand in her way.

The St Alban’s chronicler, however, believed that Joan’s death was caused my something far more sinister than ill-health.  The royal court had been torn apart by a quarrel between two of Joan’s sons, King Richard and John Holland, Earl of Huntingdon and later Duke of Exeter.  It had all begun in a feud between the households of John Holland and the Earl of Stafford, both based at Bishopsthorpe outside York, when in preparation for an invasion of Scotland.  Two Stafford squires killed two Holland grooms in a brawl, probably fueled by an excess of ale.  Richard promised his half-brother redress, but meanwhile Holland came across Sir Ralph Stafford on the road.  He drew his sword and cut him down, killing him in cold blood.  Not the wisest of moves since Ralph Stafford was a favourite of Richard and his wife Anne of Bohemia, as well as being the Earl of Stafford’s heir. 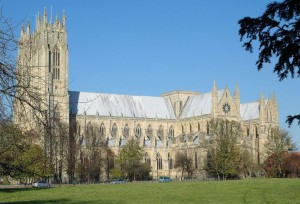 John Holland fled to take sanctuary in Beverley Minster – shown above – while Richard was determined to see justice done, enforcing the full weight of the law against his half-brother, which might imply execution.  Joan pleaded for mercy for her Holland son.  Richard refused to listen.  When she received news of Richard’s final refusal, Joan collapsed.  The result, the chronicler wrote, was that Joan, seeing the irredeemable rift between the two and fearing for John Holland’s life, died from a broken heart.

Even if this cause of death is more poetic than factual, and not in the spirit in which Joan lived her life, it is unlikely that Joan’s final days were peaceful.  With her own family wrenched apart, they would have been clouded with fear and despair.  Perhaps they were lonely days too, after a life spent at the centre of political events.

As noted in her will, Joan was buried in the church at Stamford near the monument and tomb of her first husband Sir Thomas Holland where she intended to have a chapel built to house her own tomb.  Her burial was delayed until 17th January 1386, when Richard had returned from his campaign in Scotland.  Sadly, for those with an interest in Joan, and in Sir Thomas Holland, the ravages of the Dissolution of the Monasteries have ensured that there are no remains today, merely the gatehouse. 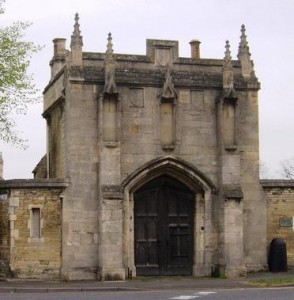 Thus ended the life of an ambitious and many-faceted woman who proved to be a difficult but intriguing protagonist in my new novel.

The Shadow Queen is Joan’s remarkable story is available here in paperback.  It can also be read on Kindle. 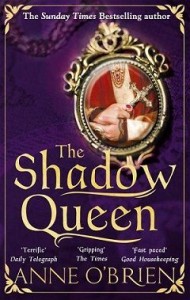